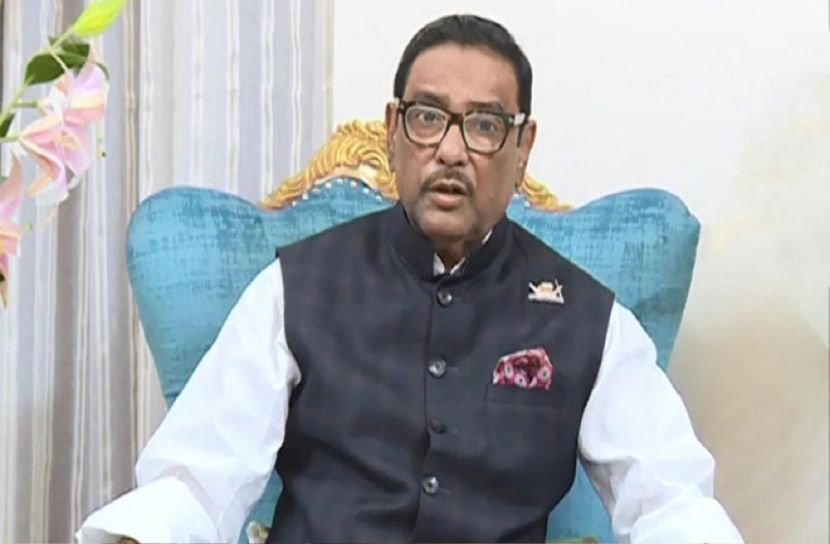 Sun News Desk: Awami League General Secretary Obaidul Quader has warned that if BNP again enters the field with arson and terror in the name of movement, then will be given a stern reply taking with the people. He said Awami League will not attack until it is attacked. I am ready to respond if attacked.

Read more: Rohingya issues will be raised at UN

He said this in his speech as a chief guest at the tri-annual conference of Dhaka's Dhamrai Upazila Awami League on Wednesday.

BNP will form the national government, but no one knows who will be the leader of that government. Mirza Fakhrul talks big, no shield, no sword, Nidhiram Sardar, he said.

Stating that the upcoming national elections will be held in accordance with the constitution of Bangladesh like other democratic countries of the world.
The government during the election will only perform routine duties. The nightmare of caretaker government is now in museum.

Awami League general secretary said that all the slander and propaganda of BNP will be answered through the development of Sheikh Hasina government. Today, BNP is afraid of Sheikh Hasina's popularity, so they are now involved in various conspiracies.

Addressing the party's leaders and workers, he said that if there is any internal conflict in the party, it should be removed. If the party is not united, there will be no success in the elections. Therefore, conflicts within the party must be eliminated.

No alternative to PM Hasina