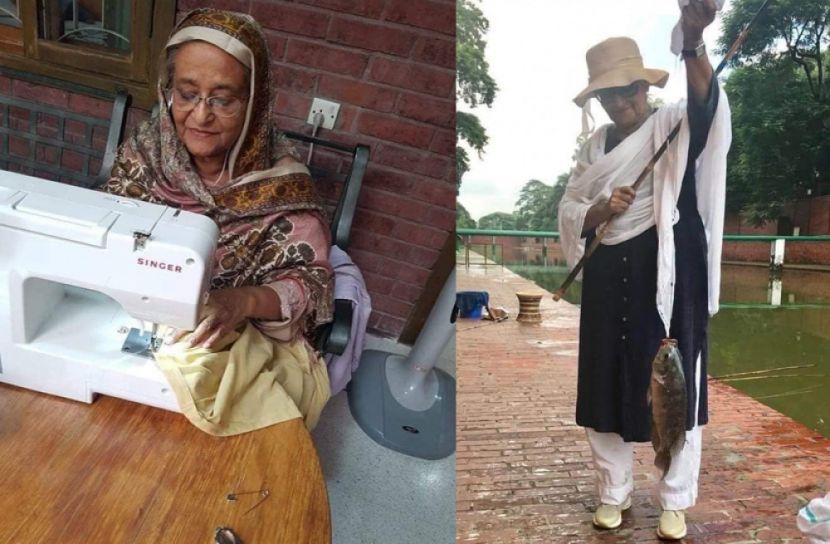 Sun News Desk: Two pictures of Awami League President and Prime Minister Sheikh Hasina have gone viral on social media. In one picture she is seen sewing clothes with a sewing machine. Another picture shows him fishing with a fishing rod.

Two pictures have been posted on the official Facebook page of Bangladesh Awami League.

The caption of the post reads, "Ordinary Bengali woman, our Prime Minister, our leader Sheikh Hasina. Whenever she gets leisure time, she sews clothes and go fishing in the pond of Ganobhaban. Lots of love and respect for this unique common woman who has been working all day for the country after giving up many things."

It quickly went viral after posting around 6pm on Saturday (November 21). Within half an hour, the post received more than ten thousand responses. And the shares are more than five hundred times.

The Armed Forces are a symbol of the nation's confidence: PM

'Government is ready to face 2nd wave of Corona'

'Satisfaction of the people is the goal of Police' - IGP