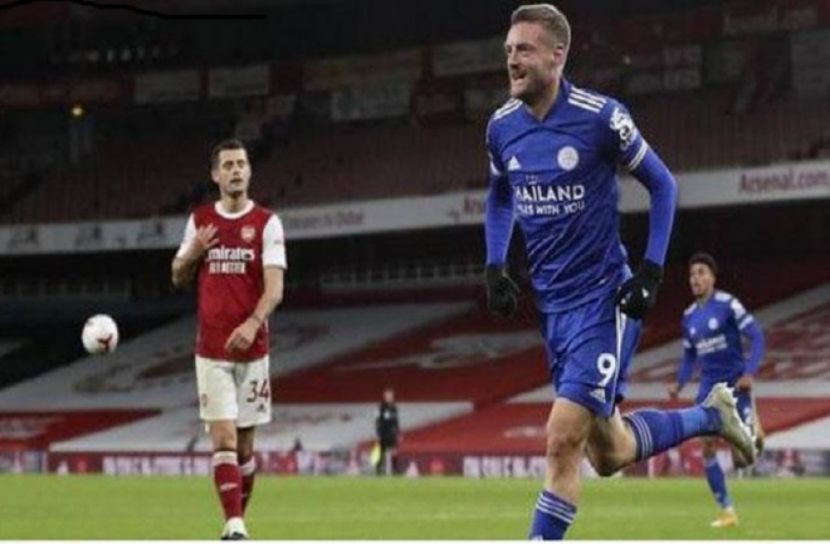 English club Arsenal is losing one match after another in the English Premier League. They can't find the right rhythm for their home tournament. Despite a good start to the European competition UEFA Europa League, Arsenal have lost both away-home matches in the Premier League.

Arsenal lost 0-1 to strong Manchester City on Saturday. Later in the Europa League match, Rapid won 2-1 against Rouen. Before forgetting the memory of that match, they went to Leicester City 0-1 at home.

Leicester City won the only goal scored by Jamie Verdi on Sunday night at Arsenal's home ground, the Emirates Stadium. The league champions of the 2015-16 season won for the first time since 1983 when they came to play against the London team. In other words, the wait of 46 years was over. However, it was Arsenal who scored the first goal of the match. In just 4 minutes, Alexandro Lacazette found the address of the net in the head, Mete got up and cheered. But that goal was canceled due to offside. A minute earlier, Lister had threatened to defend Arsenal again. However, no one scored a goal in the first half of the match.

Arsenal spent the first 45 minutes dominating the hosts. Where they attacked 11 times, put three shots along the target. But I get frustrated every time. As a result, the first half went goalless. Back in the second half, Lister also tried to save the match. But neither team was getting the desired goal. Finally, in the 70th minute of the match, Verdi scored the winning goal. He won the match by scoring in front of the empty net on the cross coming from the right side. Leicester City are at number four on the table with 12 points from six matches after the 48-year wait. On the other hand, Arsenal is in the tenth position with only 9 points in six matches.