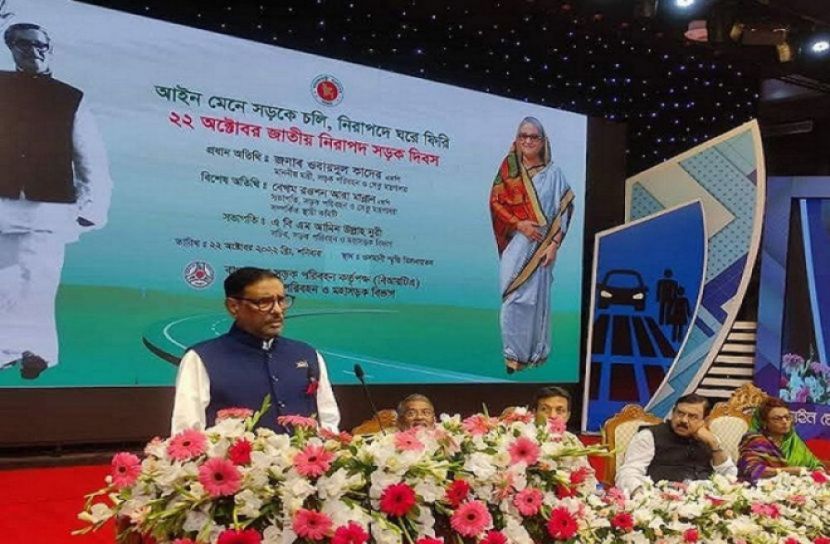 He made this remarks at a discussion meeting organized on the occasion of National Safe Road Day on Saturday.

Obaidul Quader said BNP is trying to intimidate. The government will not be responsible if they provoke and want death body. Do not let their purpose succeed. If they want to make violence like in 2013-14, they will be given a befitting reply.

Addressing the officials, Obaidul Quader said that do not tolerate corruption. Corrupt people cannot stay anywhere in this ministry. They need to be identified and dealt with. Let Anti-Corruption Commission investigate, why not investigate. Where there is corruption, there must be an investigation. I say to all, work and reduce accidents, traffic congestion.

The road transport minister said that the number of accidents is less than before, but the death rate in accidents is increasing more than before. There is no point in denying it. Today, there are so many constructions all over Bangladesh, so many underpasses, overpasses, metrorails, Padma Bridge, tunnels are all happening.

Obaidul Quader said we want an honest leader like Sheikh Hasina. No honest, good man like her came after seventy-five. Sheikh Hasina herself will be honest, others will develop their pockets, it will not happen.

Addressing the politicians, the bridge minister said that you will go to the wrong side by making people difficult, what kind of a politician are you? What will be useful to the people with you?

He said without discipline success will fade. Bring order on the road. I also told the previous secretary that they should be brought under the rules. Policies should not be made, policies should be implemented. Dhaka-Chittagong is going to get worse.

No alternative to PM Hasina