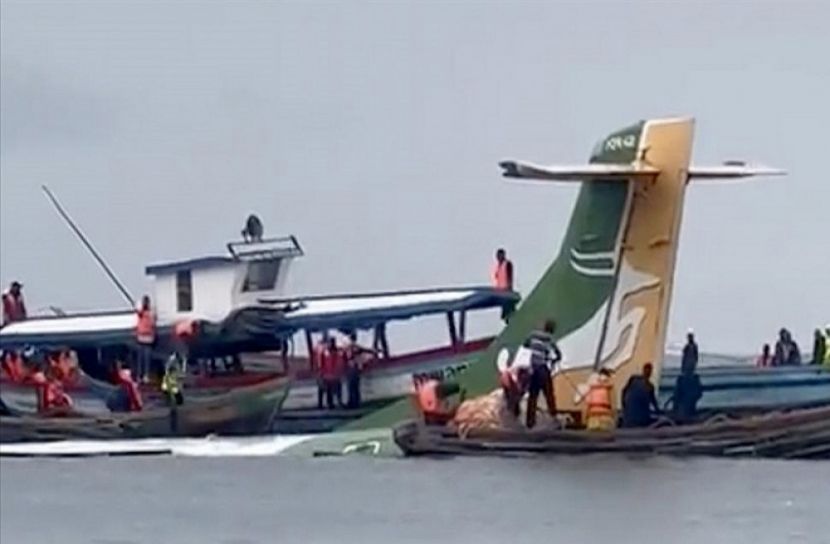 The plane departed from the commercial capital, Dar es Salaam and crashed while attempting to land during stormy weather.

Regional commissioner Albert Chalamila told that 43 people, including 39 passengers, two pilots and two cabin crew, were on board the plane.

Read more: Lucky to have such partner

Local authorities and the airline earlier said 26 survivors out of the 43 people on board flight PW 494 had been pulled to safety and taken to hospital in Bukoba, a lakeside city in the Kagera region.

The two pilots initially survived and managed to speak to local officials from the cockpit but the prime minister says they may have since died.

Rescuers were able to wade through the water to bring some of those still inside the plane to safety.

Emergency workers have used ropes to pull the ATR-42 aircraft even closer to the shore, and some of the plane's body is now above the water.

President Samia Suluhu Hassan has expressed her condolences to those affected and called for calm as the rescue operation continues.

Precision Air is Tanzania's largest private airline and is partly owned by Kenya Airways. It was founded in 1993 and operates domestic and regional flights.

All primary schools closed in Delhi