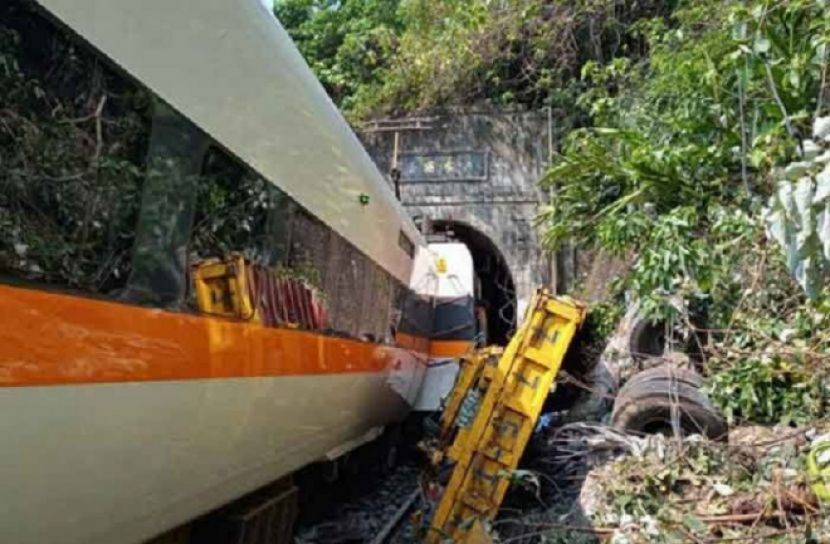 International Desk: A passenger train carrying 490 people has derailed in a tunnel in eastern Taiwan, killing at least 50 and injuring dozens. The National Fire Service informed that the train accident took place in the tunnel in the eastern part of Taiwan. Authorities said , the train traveling to Taitung, came off the rails in a tunnel on Friday morning. 71 injured people have been admitted to the hospital.

The newly married driver and the assistant driver were among the dead.

On Friday (April 2), several carriages hit the wall of the tunnel and the island faced its worst rail disaster in decades.

Police said many people were crushed under train seats in the collision.36 passengers were identified,and some of the dead are still awaiting identification,

A statement said 72 people were still trapped in the train carriages. Another 61 people have been sent to hospital.

At least 60 killed by security forces in Myanmar