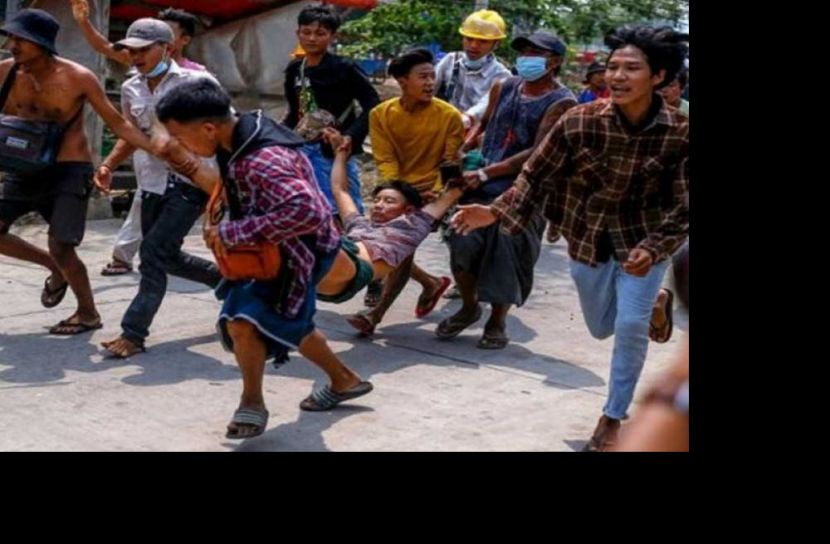 At least 60 killed by security forces in Myanmar

International Desk: Myanmar's security forces shot and killed at least 64 people,including children. These pro-democracy people lost their lives at the hands of the military on the Armed Forces Day of the country on Saturday (March 27). News CNN.

Pro-democracy activists in Myanmar have already announced a massive protest ahead of Armed Forces Day on Saturday. Protesters came out on the streets of Yangon, Mandalay and other towns, defying a warning that they could be shot “in the head and back.”

The military generals are celebrating Armed Forces Day after they just killed nearly 400i nnocent civilians. “Violent acts that affect stability and security in order to make demands are inappropriate.The army seeks to join hands with the entire nation to safeguard democracy. said Senior General Min Aung Hlaing in a live broadcast on state television.”

Despite this, the protesters took to the streets on Saturday as per the pre-arranged announcement. Anti-junta slogans were heard in various cities of the country including Yangon and Mandalay.