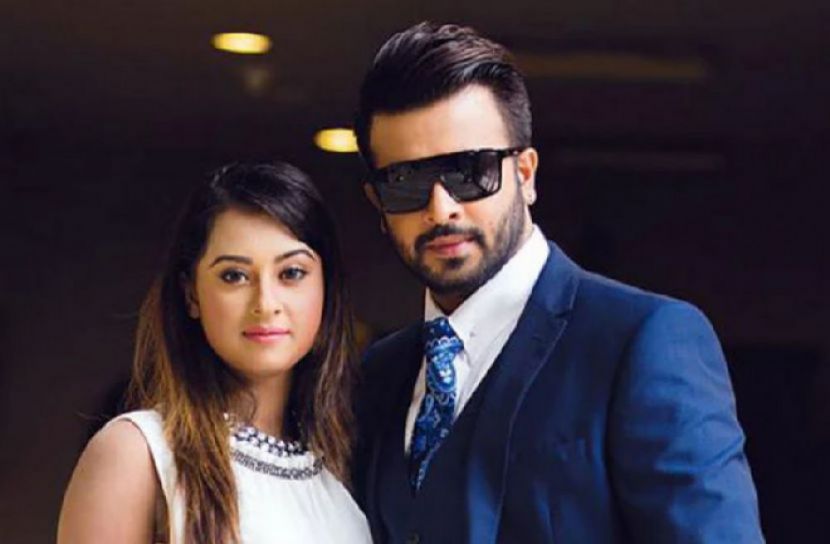 Shakib-Bubli in hotel, crowd outside

Entertainment desk: Shakib Khan and Bubli went to a five-star hotel in the capital after a day announcing Shehzad Khan Beer as thier son. So It is crowded outside in the hotel. They went there to take part in the shooting of a romantic song of a movie named 'Leader: Amee Bangladesh'.

The shooting of the song is going on under tight security from Saturday morning. Through this movie, after 11 months, the popular hero of Dhallywood, Shakib Khan, returned to the shooting of the movie. After 11am, the discussed couple came in front of the light-camera. Shooting started under tight security. The security personnel are not allowing anyone to enter the Sonargaon hotel except the members of the unit.

Many people were crowding to see the two stars in front of the gate. Although, the shooting is seen from outside the gate. Additional security arrangements have been set up in Sonargaon around the shooting of Shakib-Bubli. This measure has been taken to avoid any untoward incident in the ongoing issue.

It is reported that 'Leader: I Amee Bangladesh' is an action, romantic and social awareness movie. Its shooting is over. Only this song remains. As a result, both Shakib and Bubli want to finish the work anyway. They appeared on the shooting set. It is heard that this may be the last movie of Shakib-Bubli duo!

Shakib Khan will be seen in a role of a government official in this movie. Bubli is playing the role of a leader. Apart from these two stars, Misha Saudagar, Shahiduzzaman Salim, Subrata, Samu Chowdhury, Masum Basar, Milli Basar, Preeti and Shimant are also in various roles.

Earlier on Friday, both Shakib and Bubli announced the news of their son through social media. Since then, various discussions and criticisms have been going on about the matter. There was doubt about whether the two stars would return to shooting together again. However, after putting an end to all the speculations, the pair came shooting together again.