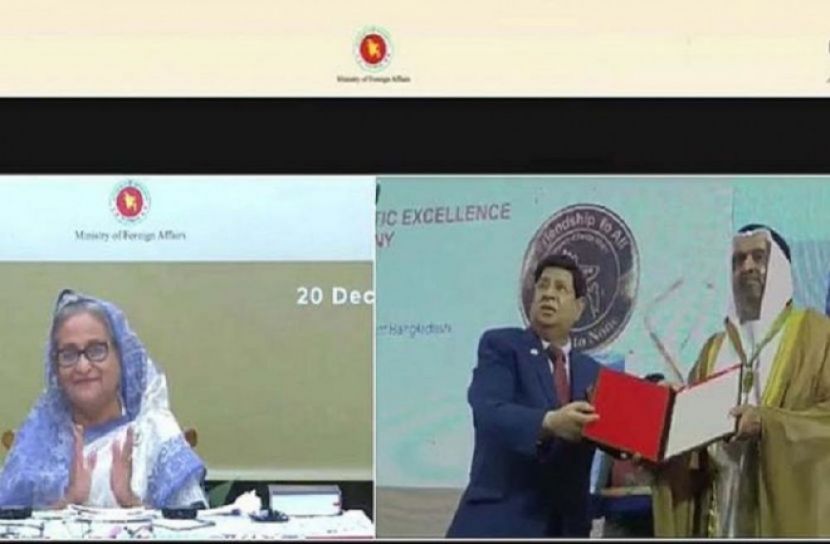 Staff Reporter: Prime Minister Sheikh Hasina has said that the people of Bangladesh will not be allowed to remain poor. We will turn Bangladesh into a developed nation in 2041 on the ideals of Father of the Nation Bangabandhu Sheikh Mujibur Rahman.

"I do not want anything," she said. "I didn't get what I wanted. No matter how hard it is, I will continue to work for the realization of Bangabandhu's dream."

The Prime Minister made the remarks in a virtual speech as the chief guest at the unveiling ceremony of the book 'Sheikh Hasina: Bewildered Wonder' in honor of her contribution to diplomacy on Monday (December 20).

The Prime Minister said the two diplomats who were honored today have made outstanding contributions to their cause. This is the first time that two domestic and foreign diplomats have been awarded the 'Bangabandhu Medal for Diplomatic Excellence' for their contribution to the development of relations and protection of the country's interests.