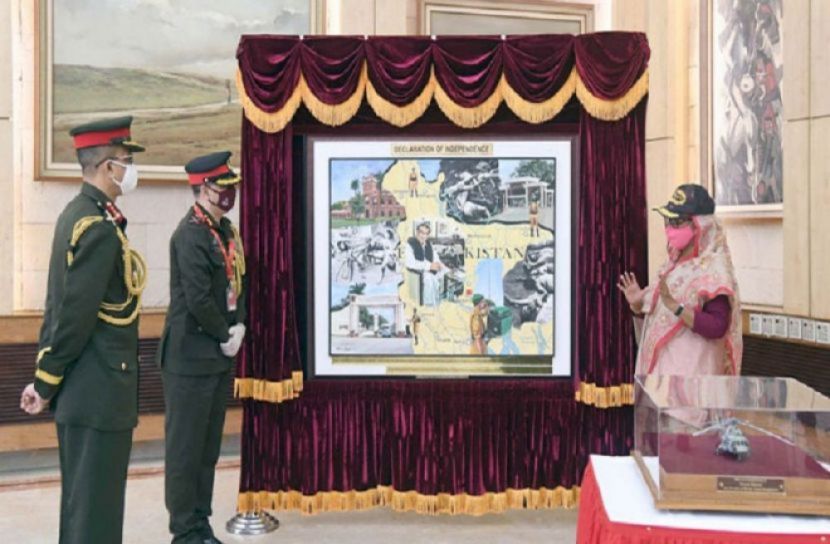 Staff reporter: Border Guard Bangladesh (BGB) is now a three-dimensional force. The BGB has the capability to protect the water-air-land border. The government has taken all kinds of steps to build a modern border guard force.

Prime Minister Sheikh Hasina said this while addressing a function as the chief guest at BGB's official parade 2021 at Peelkhana in the capital on Sunday.

The Prime Minister said BGB members have to fulfill their responsibilities of the country with patriotism, honesty and discipline. Never break the chain of command or discipline.
Also present at the BGB parade were Home Minister Asaduzzaman Khan Kamal and BGB Director General Major General Md. Safinul Islam.

Memorandum of Understanding between Bangladesh and Malaysia completed

Oath to Build a Golden Bengal Rich in Non-communal Spirit

Today is the 50th Anniversary of the Victory