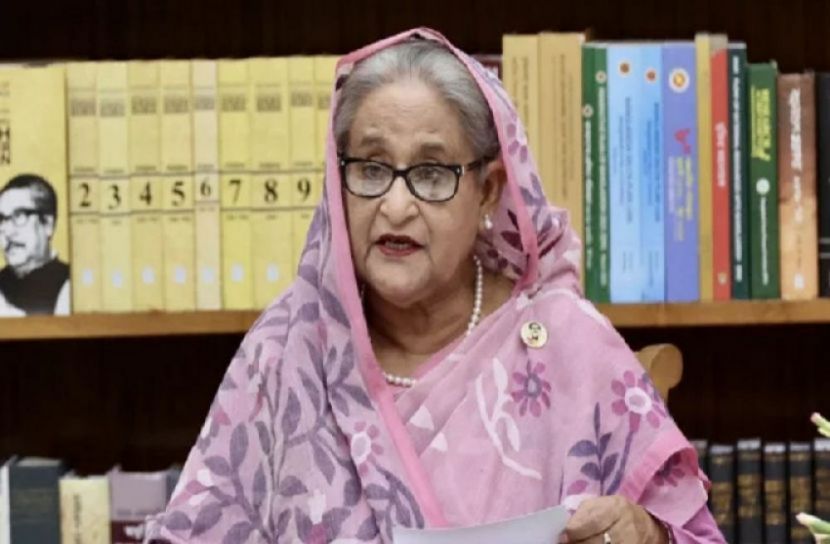 Sun News Desk: Prime Minister Sheikh Hasina on Saturday said that 'our goal is welfare of people, we are working towards that goal. Reserve money is spent for the welfare of the country and for the people. The Awami League government did not waste a single paisa. However, the opposition party is spreading propaganda about the reserve money.

The Prime Minister said this while inaugurating the Dhaka-Ashulia Elevated Expressway. She joined the program through video conference from Ganobhaban.

Awami League General Secretary, Road Transport and Bridges Minister Obaidul Quader presided over the main event in Ashulia. Chinese Ambassador to Dhaka Li Ziming spoke at the event. Chief Secretary to the Prime Minister. Senior officials of the Prime Minister's Office and senior officials of the Ministry of Road Transport and Bridges were present in the opening ceremony moderated by Ahmed Kaykaus.

The Prime Minister said 'We are doing development work with our own money. There was a shortage of reserves in BNP period. Awami League came to power and increased it to 48 billion dollars. BNP leaders made wealth by stealing. Awami League has not wasted a single paisa.

She said that we have taken appropriate measures to ensure that our economy remains strong even during Corona. There is a famine in the world. Bangladesh should not be affected by it in any way. We have to take our own precautions. Everyone should pay attention to that.

Urging everyone to be careful to avoid the shock of famine, the Prime Minister said 'So in this case we have to produce crops. Food must be produced and nutrition security measures must be taken. I have also appealed to everyone, not even an inch of land should remain empty. Because all over the world, Corona, Russia-Ukraine war, sanctions-counter-sanctions-everything in the world has gone up in price.

Sheikh Hasina said 'We have delivered healthcare to the doorsteps of the people. People now get 30 types of medicines from community clinics. I am giving free medicine to people through the clinic. The welfare of people is our goal what we are doing.