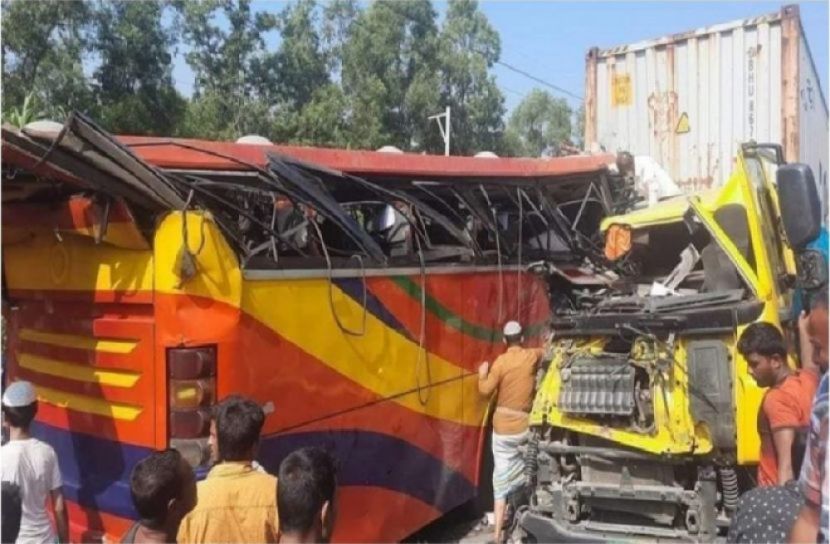 Sun News Desk: At least 4 people were killed and 15 others injured after a head-on collision between bus and covered van in the Mohammad Ali Bazar area of ​​Feni on Wednesday.

Purnachandra Mritsuddi, Feni Fire Service Station Deputy Director, told that the Unique Service passenger bus was going from Chittagong to Dhaka. The covered van collided head-on on its way to Chittagong in the opposite direction on the highway. Three people were killed on the spot when the bus overturned. Another person died in hospital.

Mostofa Kamal, Officer-in-charge of Mohipal Highway Police Station, said that after the accident, the police and firemen rescued the injured and took them to Feni Sadar Hospital.