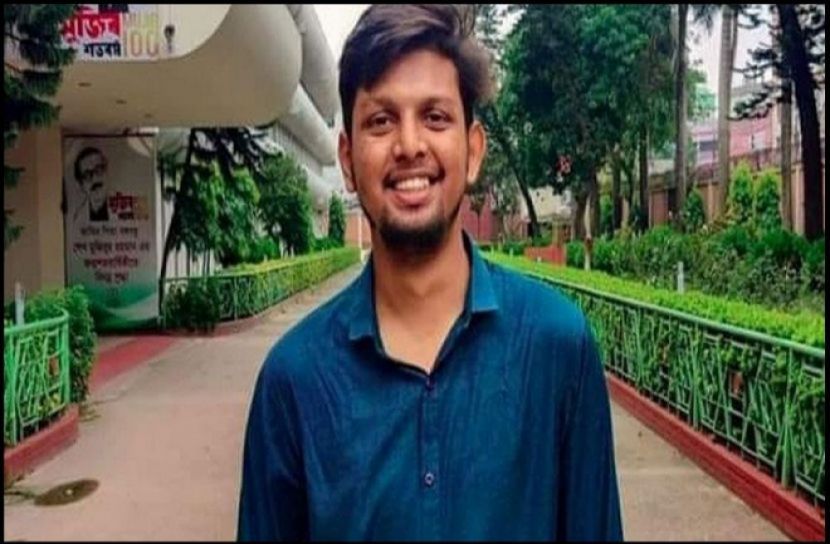 Fardin's body was recovered from Shitalakshya river in Narayanganj on Monday after two days of disappearance. After the autopsy, doctor Sheikh Farhad said that injuries were found in different parts of Fardin's head. There are marks of injury inside the chest. At first we understand - it must be murder. Further information will be given soon after the post-mortem.

Fardin's father Kazi Noor Uddin said I will not get my child back. We want justice. Talents are being caught and killed, let it stop.

Fardin's friends have been interrogated by the police in this incident. Fardin, a third-year student of Civil Engineering Department of BUET, was missing since last Saturday.

On the same day, his father Kazi Noor Uddin filed a General Diary (GD) at Rampura police station in the capital.

Fardeen's father Kazi Noor Uddin is the editor and publisher of the business newspaper 'The Riverine'. Fardin's mother Farhana Yasmin is a housewife. His village is at Fatulla Upazila of Narayanganj.

Talented Fardeen secured GPA-5 in all subjects in SSC and HSC. He got chance in BUET, Dhaka University and Jahangirnagar University in admission Test. Fardin was involved in extra curricular activities besides studies.