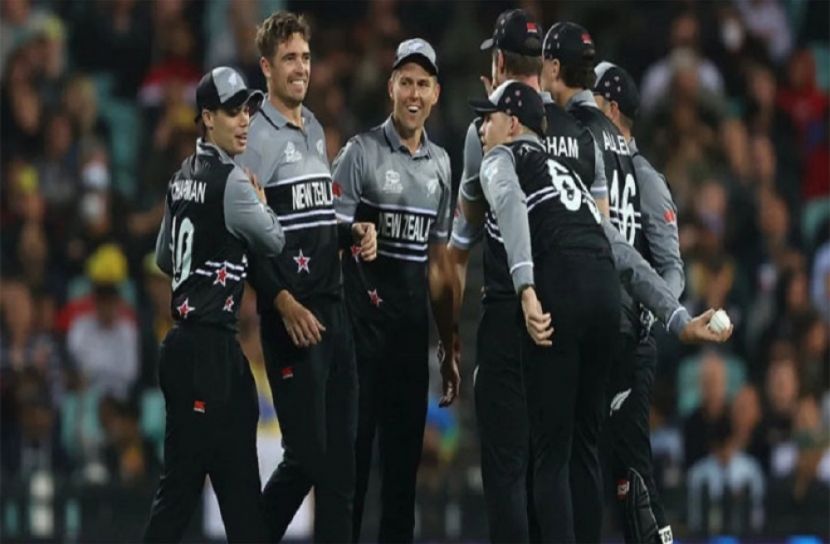 Sports Desk: New Zealand have thrashed hosts and defending champions Australia in the opening match of T-20 World Cup. Australia were all out after taking 111 runs by chasing 201 runs in Sydney. And, the host team began the tournament with a big defeat.

After losing the toss and taking bat first, the Kiwis got the big total in the powerplay with the bat of Finn Allen and Devon Conway. Allen's storm continued till the fourth over. However, the Kiwis scored 56 runs in four overs by devastating batting.

Allen was bowled by Hazelwood after scoring 42 runs from 16 balls. After his departure, New Zealand added a total of 65 runs in the powerplay, although the run rate dropped slightly. After Allen's departure, captain Williamson took the rein of the team with Conway. They both added 69 runs for the second wicket.

After the departure of Williamson with 23 runs from 23 balls, Glenn Phillips who came to four for batting but could not continue the innings, returned with 12 runs by Hazelwood. Jimmy Neesham and Conway quickly added 48 runs for the fourth wicket to take the team to 200 runs. Neesham was unbeaten on 26 off 13 balls.

In response to 201 runs, Australia was disorientated in the beginning by Tim Southee's cannon and Mitchell Santner's whirlwind. Glenn Maxwell and Tim David could not hold on to the team that lost the first 4 wickets in the team's 50 runs. The hosts were all out remaining 17 balls.

Mitchell Santner and Tim Southee both took 3 wickets for Kiwis. Trent Boult got two wickets. Loki Ferguson and Ish Sodhi got one wicket.