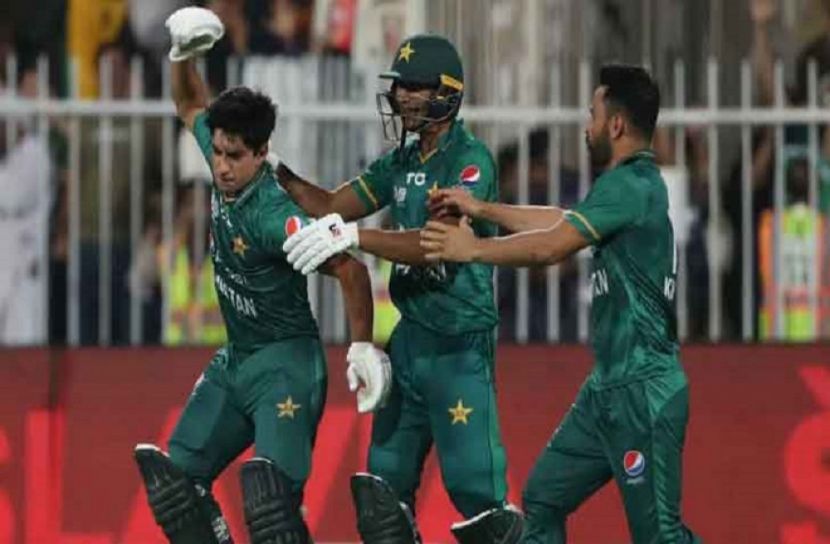 Sports Desk: Pakistan reached the final after defeating Afghanistan in a breathtaking match in the Asia Cup. Sri Lanka will be Pakistan's opponent in the final on Sunday.

Afghanistan scored 129 runs after losing 6 wickets after at the Sharjah Cricket Stadium in the United Arab Emirates.

Earlier Afghanistan got off a great start in batting. Afghanistan's collection was 35 runs in 3.2 overs. After that they started losing wickets with time.

Due to the fall of wickets at regular intervals, the Afghanistan team was able to score 129 runs after losing 6 wickets. Ibrahim Zadran scored 35 runs from 37 balls for the team.

Chasing the target, Pakistan captain Babar Azam was dismissed on the second ball of the innings. This star batsman, who was in great form before the start of the Asia Cup, is a super flop in the Asia Cup. He returned 10, 9, 14 and 0 runs respectively in four matches in Asia Cup.

After Babar Azam's dismissal, Pakistan started losing wickets at regular intervals. Pakistan needed 11 runs in the last over to win. They had only one wicket in hand.

Two pacers, Nasim Shah and Mohammad Hasnain, were on the wicket. Nasim Shah took the team to victory by hitting the first two balls over the boundary of the last over of the innings by Afghan pacer Fazal Haque Farooqui.