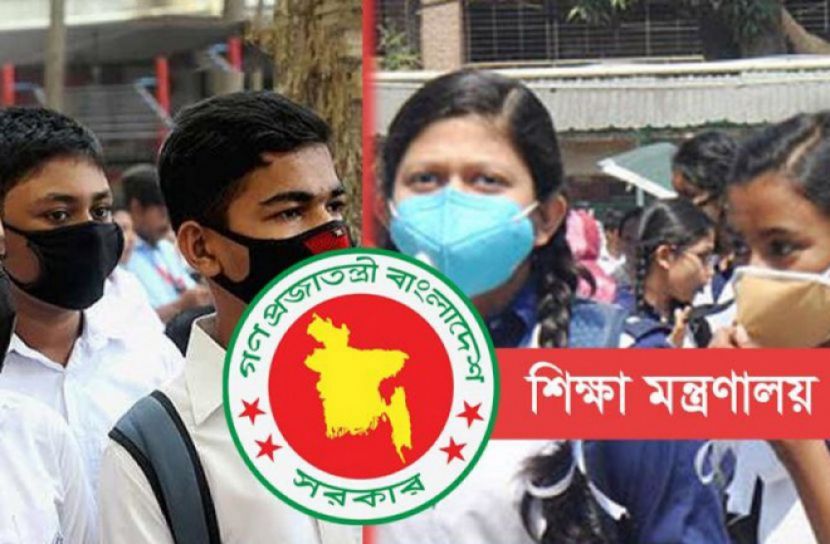 Staff Reporter: The ongoing holidays of all educational institutions in the country (except Qaumi) have been further extended. The government has extended the holiday till January 30.

All types of educational institutions, including schools and colleges, were declared closed on March 16 after the first corona-affected person was identified in the country on March 6 last year. However, online classes are going on.

Moreover, the government canceled last year's HSC and equivalent, preliminary final and equivalent and JSC and equivalent examinations. Although the office-court activities have been gradually introduced at present, the educational institutions have not been opened yet.

Meanwhile, Prime Minister Sheikh Hasina recently said that the government is preparing for the children to return to their educational institutions and resume their educational activities normally. Addressing the graduation ceremony of National Defense Course-2020 and Armed Forces War Course-2020 at the National Defense College, Mirpur Cantonment, the Prime Minister said, "We hope that better days may come in the future, our children will be able to go to school, they will start their studies normally." . We are preparing for that goal.

However, Awami League General Secretary and Minister for Road Transport and Bridges Obaidul Quader said on January 8 that the government may take a decision to open the educational institution in March considering the environment and situation after discussing with experts. He said this while addressing a function on Bangabandhu Avenue in the capital through video conference from his official residence.

The Prime Minister will Inaugurate the Virtual Book Festival on Thursday

HSC teachers are getting the post of senior lecturer