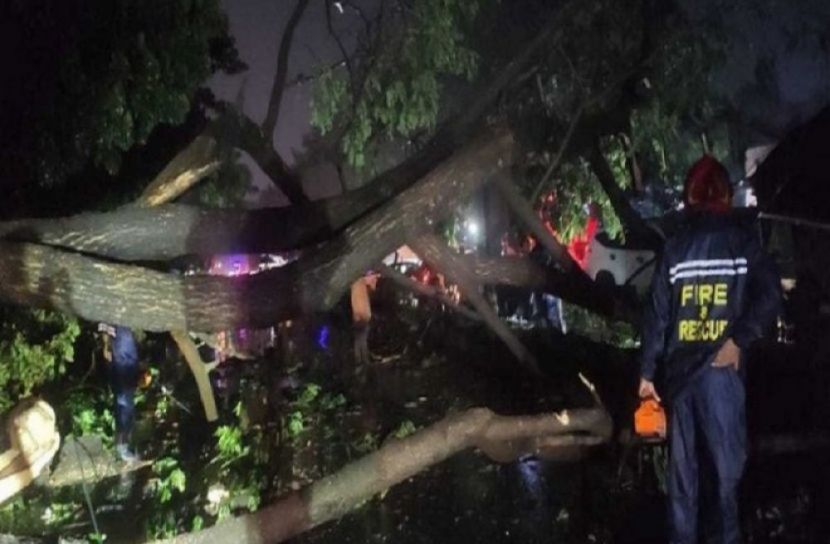 Sun News Desk: At least 15 people have been killed in eight districts of the country as trees fell, walls collapsed and drowned by Cyclone Sitrang.

The death toll is increasing with time. Cyclone 'Sitrang' started crossing the Bangladesh coast on Monday evening with heavy rains and tides several feet higher than normal. A few hours before, stormy winds and heavy rains started in the coastal districts.

There have been reports since Monday evening of uprooted trees blocking roads in various coastal districts, downed power poles and uprooted power lines, plunging many areas into darkness.

Among the dead, four died in Bhola Sadar, Daulatkhan, Lalmohan and Charfashan. Two people died in Tungipara of Gopalganj and one each in Lohagara and Barguna Sadar upazilas of Narail after falling trees.

A couple and their four-year-old child died after a tree fell on their house in Comilla's Nangalkot.

A mother and son died after a boat sank in a canal of the Yamuna river in Sirajganj. A laborer died after trawler drowned in Patuakhali.

Apart from this, the police reported the death of a rickshaw driver at Hazaribagh in Dhaka during the storm.

4 killed as bus runs over van