Touch of Victory in the Festival of Tradition in Eden

Naushin Ahmed Monira: Eden Women's College, the largest women's educational institution in the capital, is in full swing after the Corona epidemic was stopped for a long time. Vijay Utsav Mela is located near the campus. Which is called the fair or cake festival of art and tradition. The lifestyle of customary Bengal has been exhibited there. Various memories of the great liberation war have been displayed in different stalls of the fair. This festival is organized every year. This year's event was a bit of an exception. Throughout this year's festival in Eden, the birth centenary of Father of the Nation Bangabandhu Sheikh Mujibur Rahman was celebrated. It can be seen on the spot that a total of 30 stalls have been set up in the fair from each department of the college. The students appeared in the stalls with their own creations. Pitha-puli is notable among these. Almost everyone has come to the fair premises wearing Sari. Some are wandering around, some are busy eating cakes and some are busy taking pictures. They are touring the stalls in groups. 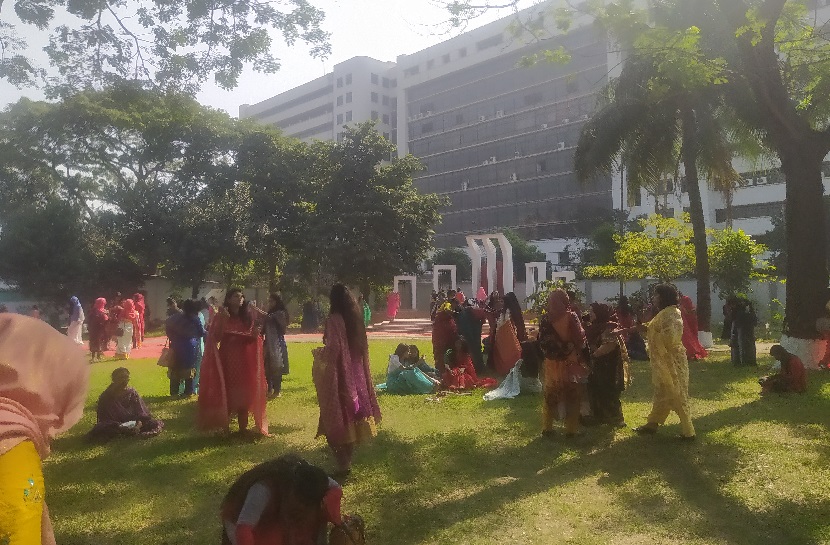 Among them, the stall of the political science department of Eden College has caught everyone's attention. As beautiful as the name of the stall is, they have decorated their stall in a different way. The stall has been named 'Krandasi'. In this regard, Sonia Akhter, a student of the Masters Final of that department, said, "There is a significant mystery in naming our stall. Besides, we have given the name 'Krandasi' very thoughtfully. 'Krandasi' means earth."

She further said, "During the great liberation war of 1971, many sad 'mothers' cried in the corner of a house for nine long months waiting for their naughty son. We have tried to highlight that with this name. We named our stall in memory of the crying mother." 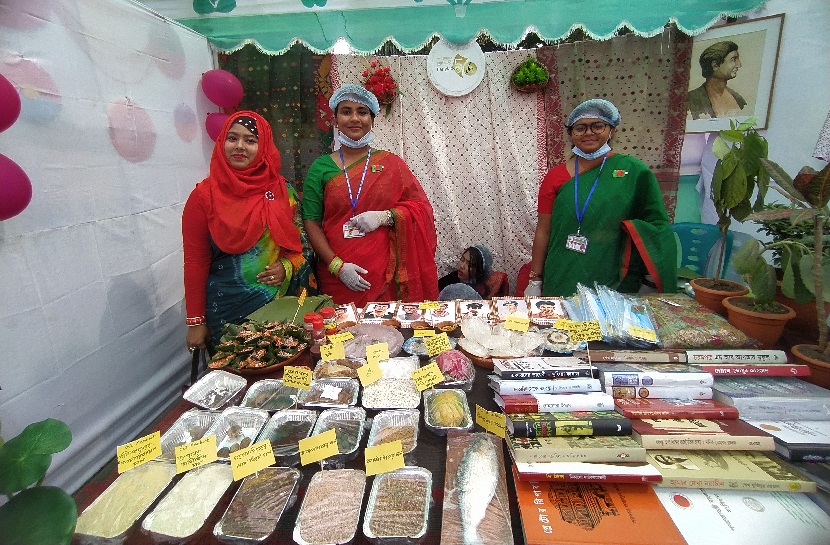 Sonia Akhter further said, "Besides, we have given more importance to trees and books in our stalls." The tree is a symbol of the purity of the environment. And I have kept the books as a symbol of the liberation war, Bangabandhu, political science. Besides, we have also given importance to the issue of Bangaliana. We also have Silk from Rajshahi, Jamdani sari from Dhaka, Nakshi Katha from Jamalpur, Nakshi Katha from Jessore in our stall.

Besides, there are various juicy food stalls including dragon fruit, betel leaf, Chitai Pitha and Semai. Food is served on banana leaves in the stall to bring out the rural tradition. 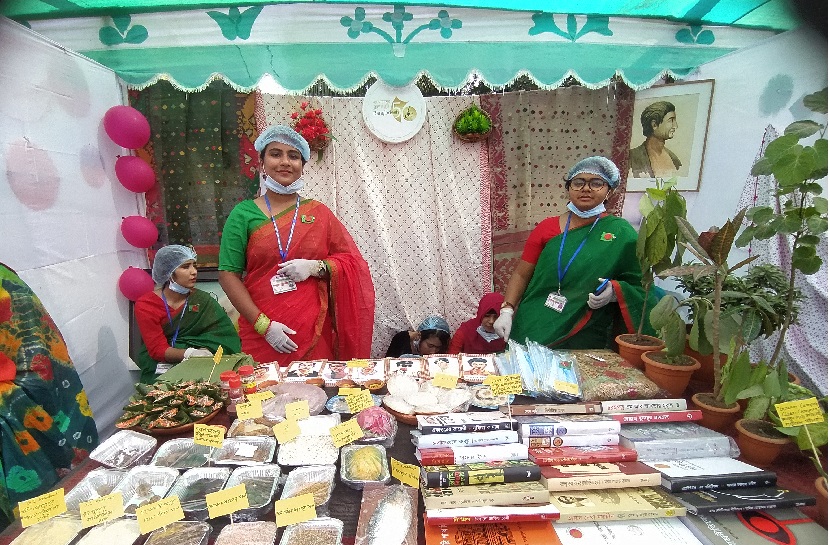 Pointing out that there are many types of local cake stalls, Sonia Akhter said that the festival being held at Eden College today is not a 'cake festival' but a 'victory festival'. At that time, he showed several types of rice arranged in his stall and said that Katari Bhog of Dinajpur, Birai, Aman and Aus rice of Sherpur are part of our tradition. Many of today's people do not know them properly. Maybe you know the name, but if you take it to the front, many will not recognize it. So this is just a small attempt to remind us of the Bengali tradition. 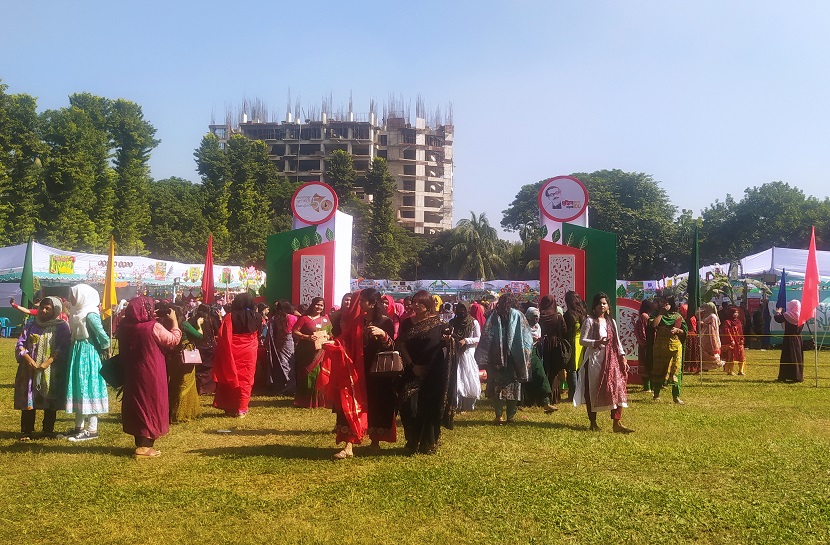 Tamanna Hawladar Mim, a student of the political science department who participated in the festival, said that there are GI products in the festival. The seniors of our department have taken this extraordinary initiative to highlight the Bengali tradition.

Tanjila Pinki, a student in the Department of Finance and Banking, said, “Every year there is a festival of victory and cake. I like the subject a lot. We are very happy about this.

"Eid for street children and a Samsul Alam Saddam"