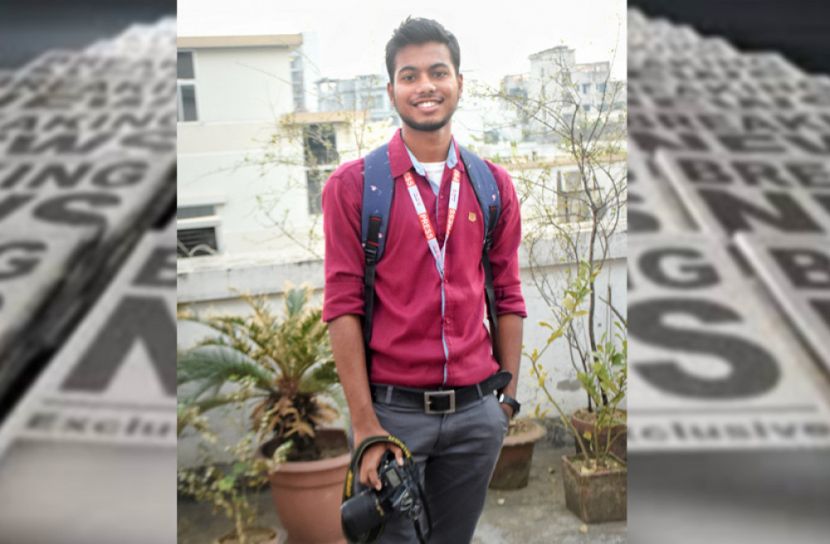 Impossible open-hearted smile always sticks to her.Looking at this tall, slender man, there is no way to understand that he was the head of evil in his childhood.Adolescence was spent wandering around all day, running around with a camera wherever an incident occurred.

He became known as a child journalist but now he is doing professional journalism. He is Asmaul Muttakin.

Asmaul Muttakin (Born 25 Dec2000) is a Bangladeshi journalist. He borned in Parbatipur, Dinajpur but growing up in 52/8 West Rajabazar,Dhaka. Basically he focused On Mobile Journalism or mojo, but as subsidiary he also put himself on many social activities.

Asmaul Muttakin is working currently at sunnews24x7.com – Sun Media Ltd at its’ Child Section. The Children section is known as ‘Child’, which is the Bangladeshi news site that is exclusively run for the children in association.

Earlier, he worked as an upazila journalist in the daily Manabkatha and the weekly Jago Rangpur. He is also volunteering in many social media groups for help people by many ways.

He has experience for more than four years at online and prints media journalism in the different news media platforms continuously till 2020. He had also nominated for "Upazila Leader Award 2015" for children news related remarkable contributions at the Online Print Media in Bangladesh.

Besides, He is working as the ‘Rangpur Division Journalists Association, Dhaka RDJA) ’ at Member of the most popular and renowned journalistic organization. He is the convener of Bangladesh Students Union Private University.

“I’ve got a lot in the life of short journalism,” Muttakin said. Got the caress and love of big people. If I had not done journalism, I might not have known them. But not just journalism, I take every task of life as a challenge. Every time I wrote ‘Aim in Life’ at school, I wrote ‘Challenge’ as my life goal.

Asmaul Muttakin is a media activist based in Dhaka