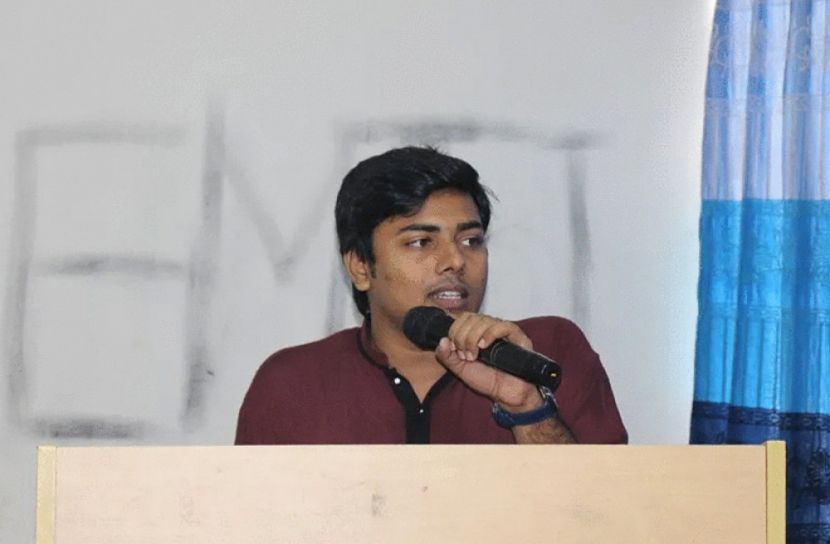 `I have been dreaming of doing something for people since my childhood. From that thought,the desire came to me.

I have ran continuously to fulfill that desire.' This is how journalist Hasan Wali was talking about his dream

Hasan Wali was born in Jashore, in the house of a teacher's parents. He grew up in the city. He crossed the secondary boundary and came to the capital Dhaka. At the end of high school, he was admitted to the Department of Journalism and Media Studies at Stamford University.

However, he started coming to journalism in the tenth grade. He started working towards realizing his dream by starting work on a local online portal.

Wali started writing after getting admission in honors. Although his original name was Md. Waliullah Khan, Hasan started writing under the name "Hasan Wali". He worte features in National Daily Prothom Alo, Kaler Kantha and Ittefaq. Problems, possibilities and success stories have come up in those features.

In that meantime, he had worked in the reporting team of the daily open paper for a year. He is currently working as a reporter for the digital platform of the country's popular satellite television Banglavision.

He was telling the story, ‘I started by working in a local online portal in Jessore. That's when the dream of becoming a journalist came to my mind. I started an online portal with my friends when I was in class ten. His editor was a journalist, elder brother and also a teacher to me.

After coming to Dhaka, I actually got a chance to join the mainstream of journalism. It was a great privilege for me to be able to write in other influential dailies, including Prothom Alo,as a student. Many people have contributed to those achievements, I am grateful to them.'

Not just in journalism. In a short time, Hasan Wali has developed himself as a skilled organizer. As a President of Stamford University, he has gained recognition among campus journalists across the country.

In the midst of all this, Hasan Wali didn't forget about his dream. He said, I've done all of these hard work to make the dream come true. And the organization has made me much more self-reliant. I have tried to use the opportunities,that I've got in preparation for the entrance of journalism in my university life. Only time will tell how close I can get to my dream.

"Eid for street children and a Samsul Alam Saddam"