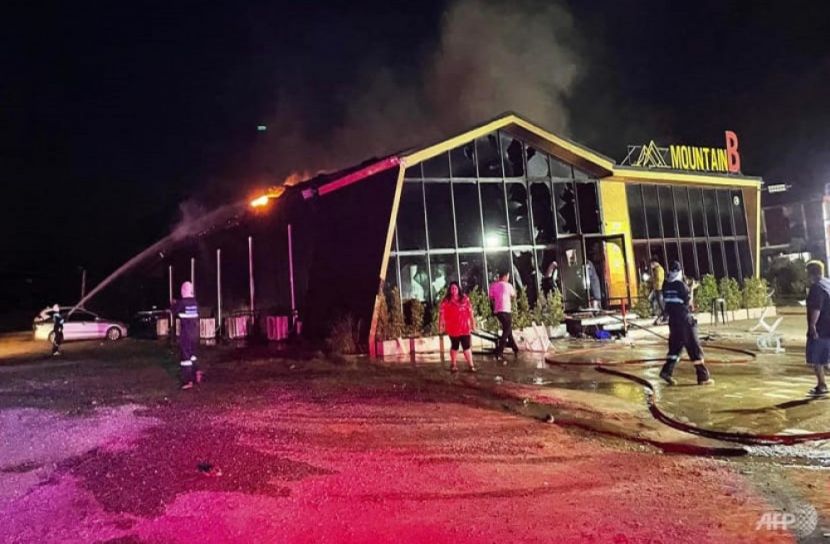 International Desk: Thirteen people have been killed and around 35 injured after a fire broke out in the early hours on Friday at a nightclub in Thailand, a police officials said.

The blaze broke out at around 1:00 a.m (1800 GMT Thursday) at the Mountain B nightclub, a one-story building in the Sattahip district of Chonburi province, about 150 kilometres (90 miles) southeast of Bangkok. Sattahip is a popular tourist destination.

Police Colonel Wuttipong Somjai said that the fire took place during a live music performance. The blaze was accelerated by flammable acoustic foam on the walls of the club.

He also said that all victims were Thai nationals. Burn injuries are from "mild to serious," and an investigation into the cause of the fire is ongoing.

Video footage posted by the rescue service showed that desperate revellers was fleeing the club by screaming, their clothes ablaze, as a huge fire rages in the background.

Firefighters brought the blaze under control after about three hours.

Note that A massive inferno erupted at a New Year's Eve party at Bangkok's swanky Santika club in 2009, killing 67 people and injuring more than 200.