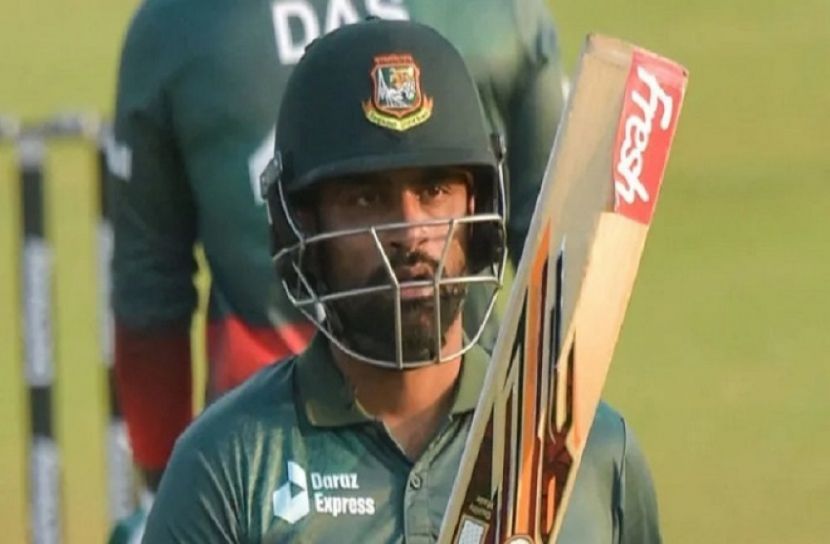 Sports Desk : Bangladesh ODI captain Tamim Iqbal became the first cricketer from the country to reach 8000 runs in ODIs during the first ODI against Zimbabwe at Harare today.

He reached the milestone in the 24th over of the innings, by hitting a boundary off Sikander Raza.

Tamim is overall the 33rd player in ODI history to score more than 8,000 runs. He is also the ninth opener in history to reach his milestone.
As a Asian, he is only the fifth opening batsman to cross 8000 runs landmark. The other four are - India's Sachin Tendulkar and Sourav Ganguly, Sri Lanka's Sanath Jayasuriya and Pakistan's Saeed Anwar.

The 33-year-old also holds the record for scoring the highest number of ODI centuries for Bangladesh, 14, and is also the only Bangladeshi to have a century in all three formats.

The last 1000 runs took Tamim only 23 innings - two years, due to the lack of ODIs in Bangladesh's schedule of late - and included two centuries.

Tamim gave Bangladesh an excellent start in the first ODI against Zimbabwe stitching 119 runs for the opening wicket alongside Litton Das. He fell to Raza for 62.