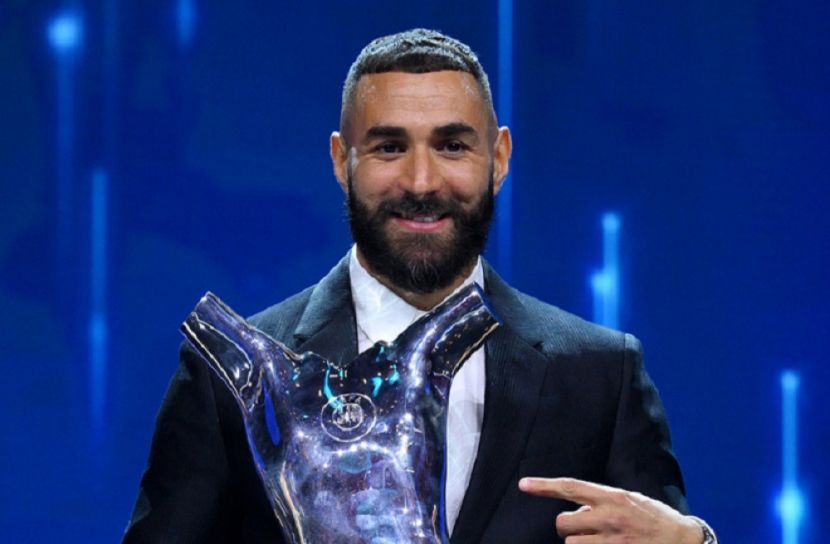 Sports Desk: Karim Benzema was named UEFA Men's Player of the Year after leading the club to a record-extending 14th Champions League title last season. The award cemomny was held at a gala in Istanbul.

In the finest campaign of his career, Benzema scored 44 goals in 46 games for Real Madrid. He netted 27 times in LaLiga Santander, two goals in the Supercopa de Espana and 15 times in the Champions League.

Benzema led Real Madrid all the way to the Champions League title, also netting six goals in 10 games for the French national team.

After winning the WEFA award he said, "I'm really happy. It's the first time I've won this trophy but for me the most important thing is to win trophies with the team. Mr Ancelotti is the best coach in the world; he gets it right with every player, he gives us confidence and he tells you what to do before every match", said the striker as he picked up the award.

"The evergreen 34-year-old started the campaign by helping France to UEFA Nations League glory and never looked back, consecutive hat-tricks in the Champions League knockout stages against Paris and Chelsea the highlights of a goal and trophy-filled season."