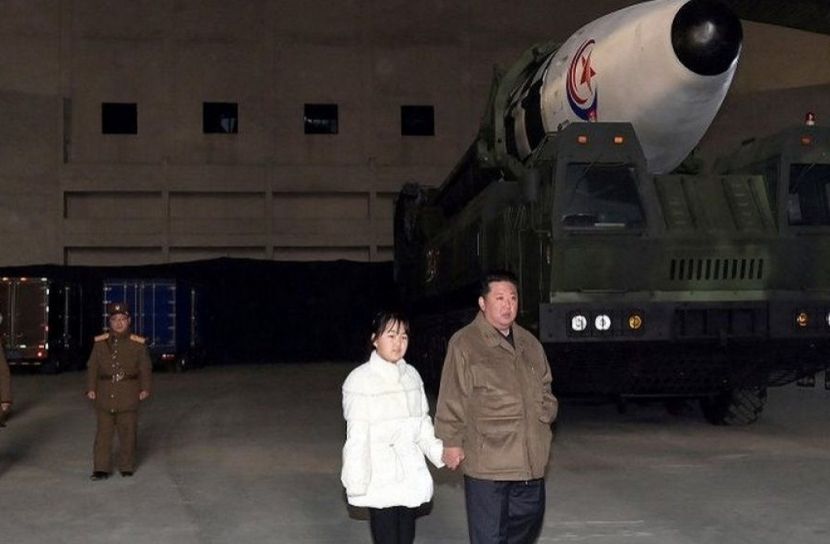 North’s official Korean Central News Agency (KCNA) told on Saturday that Kim Jong Un had attended the test-firing of the ICBM “together with his beloved daughter and wife”.

Photos released by KCNA were the first official confirmation of the existence of the North Korean leader’s daughter.

KCNA did not name the girl, who is seen in photographs in a white puffy coat holding hands with her father as they appear to inspect a massive Hwasong-17 intercontinental ballistic missile (ICBM).

The only previous confirmation that the couple had children had come from former NBA star Dennis Rodman, who made a quixotic visit to Pyongyang in 2013 and claimed he had met Kim’s daughter.