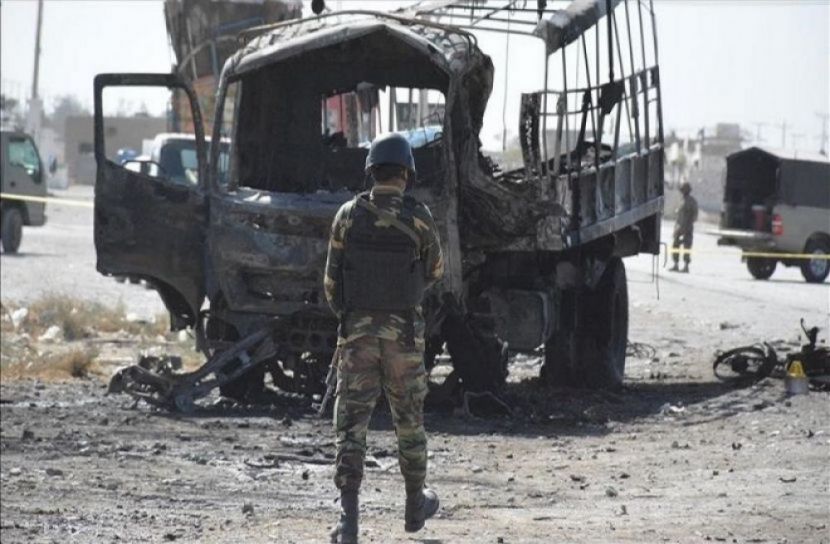 International Desk: Six policemen were killed in an ambush as they patrolled in a vehicle in Pakistan’s northwestern province of Khyber Pakhtunkhwa, reports Al jazeera.

According to a police spokesperson, the attack took place in Chowki Abbasi area of ​​Khyber-Pakhtunkhwa province on Wednesday morning and the victims were in a police van.

In a statement, the banned armed group Tehreek-e-Taliban Pakistan (TTP) claimed responsibility for the attack, adding that its attackers made it back to safe havens.

Pakistan Prime Minister Shehbaz Sharif strongly condemned the terrorist attack on the police van and paid tribute to the victims. He said, the police has played a proud role as a vanguard against terrorism.

He further said that the nation salutes the children who sacrificed their lives for the motherland. Terrorists are enemies of Pakistan, entire Pakistan will be a strong wall against terrorism.

Khyber-Pakhtunkhwa Chief Minister Mehmood Khan has taken cognizance of the incident and sought a report from the IG of Police. He also expressed his sincere condolences to the bereaved family.

He said in a statement that "The incident is very sad, the sacrifice of the martyrs will not go in vain."