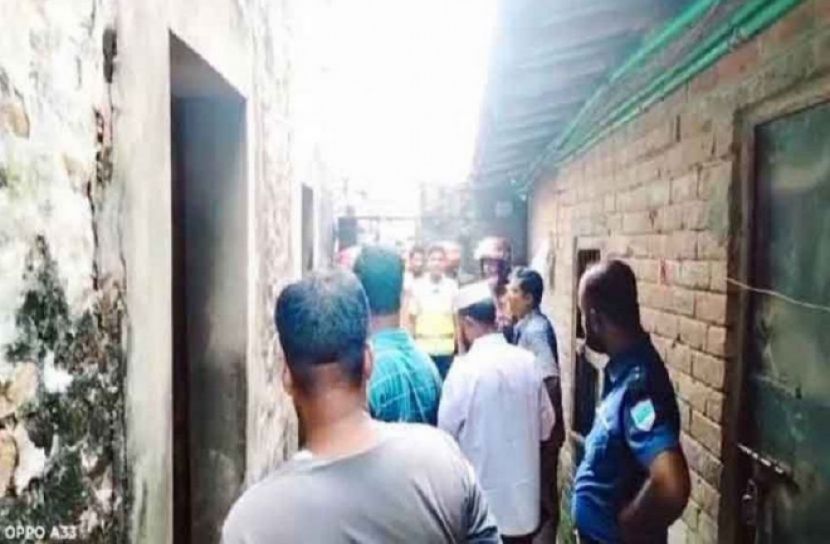 Sun News Desk: The bloody body of an elderly couple with their hands and face bound was recovered by breaking the lock of the house in Alamdanga Municipality of Chuadanga. After receiving the information, several police teams are working on the spot.

Police and fire service personnel recovered their bodies from the old market area of ​​Alamdanga Municipal area around 10 am on Saturday. It is believed that they were killed sometime on Friday night. The deceased are Nazir Uddin (70) and his wife Farida Khatun (60).

He said that the family members called deceased couple but did not receive a call from them and came home to find it locked. Later, we were informed that the fire service and civil defense personnel broke the lock and recovered the two bodies. Initially, it is believed that they were killed by suffocation.

He also said that the hands of the old man were tied in the bathroom and the bloody body of the old women was found in the room. Small scissors lying on the old woman's side appeared to have cut the body in various places.

Chuadanga District Police Spokesperson Additional Superintendent of Police (Sadar Circle), Anisuzzaman Lalon, said I have heard the matter. I left for the spot. Then I will tell you the details.

Chuadanga Police Superintendent, Abdullah Al Mamun, said that after receiving the information, several police teams are working at the scene. However, the reason for the murder is still unknown. They are believed to have been killed, kept indoors and locked from the outside.