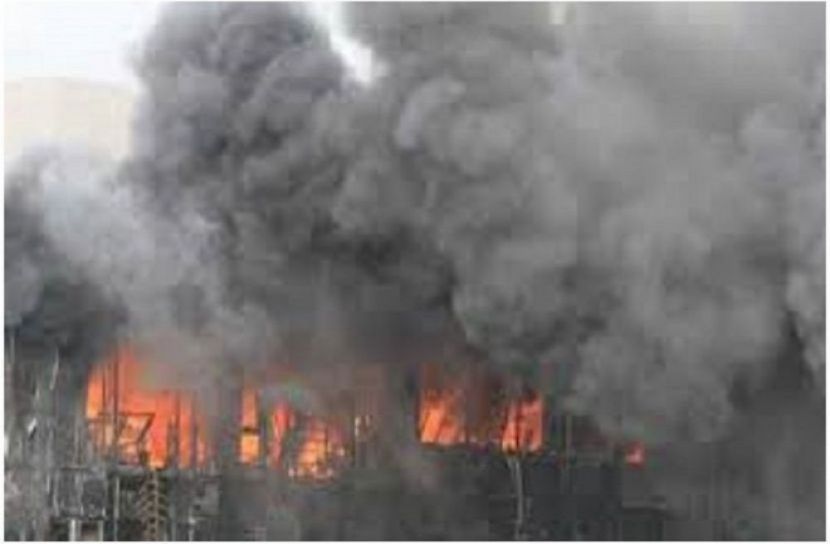 International Desk: At least 38 people were killed and others 2 injured after a terrible fire broke out in a workshop in Anyang city in central China’s Henan province on Monday, Chinese state media said, citing local authorities.

State media said The fire broke out in a plant belonging to a small, privately-owned firm in Anyang’s ‘high tech zone’ without elaborating on the company’s line of work.

State run-newspaper Henan Daily reported that two people previously reported missing had been found dead following the blaze at the factory in Anyang, Henan province, bringing the death toll to 38.

According to the authorities, a fire broke out in a factory in Ayang city around 4:22 pm on Monday which came under control at 8pm. However, no further information about the fire was given.

In 2015, at least 173 people died after a series of explosions at a chemical warehouse in the northern port city of Tianjin.

Last October, at least three people were killed and more than 30 injured in a powerful explosion at a restaurant in the northeastern city of Shenyang. The gas explosion took place in a mixed-use residential and commercial building.

And in June this year, at least one person was killed after a fire broke out at a petrochemical complex in Shanghai.