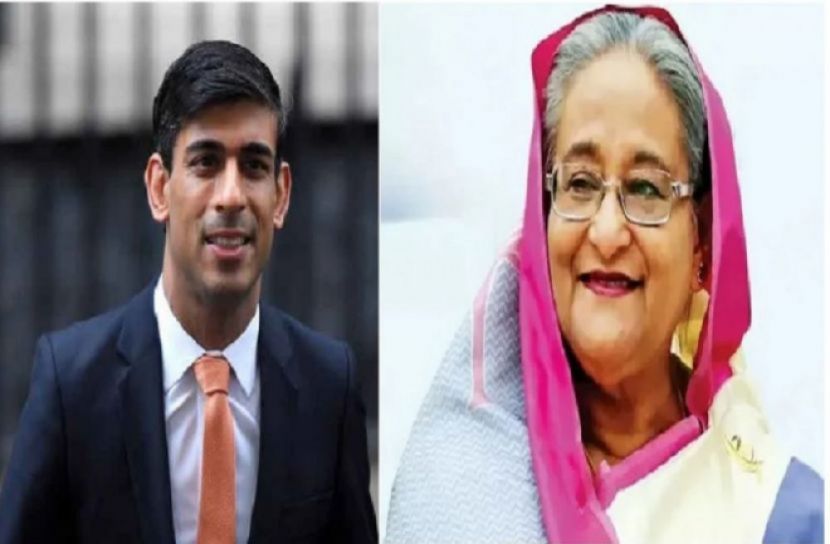 In a letter to her British counterpart, she said, "I, on behalf of the government and the people of Bangladesh, extend the heartiest congratulations to Your Excellency on your assumption of the Office of the Prime Minister of the United Kingdom of Great Britain and Northern Ireland."

She said that she was delighted to see a young Briton of South Asian heritage in this position. I wish that your visionary leadership will prove your excellence in the service of the British people and the promotion of global peace. Highlighting the historicity of Bangladesh's relationship with the United Kingdom, Sheikh Hasina expressed hope that this relationship would become deeper under the leadership of Rishi Sunak.

She further said “Bangladesh and UK have historic ties, which are deeply rooted in our values ​​of democracy, secularism and tolerance. Over time, our strong cooperation in trade, investment and sustainable development has grown exponentially.

She highlighted how the Bangladeshi diaspora in the UK have been working as a common resource for the development of the two countries. I look forward to working closely with you to further strengthen our longstanding political, economic and strategic partnership.

She wished the health, happiness and success of Rishi Sunak and peace, progress and prosperity of the people of the United Kingdom in his high office.

Army to serve with dutifulness