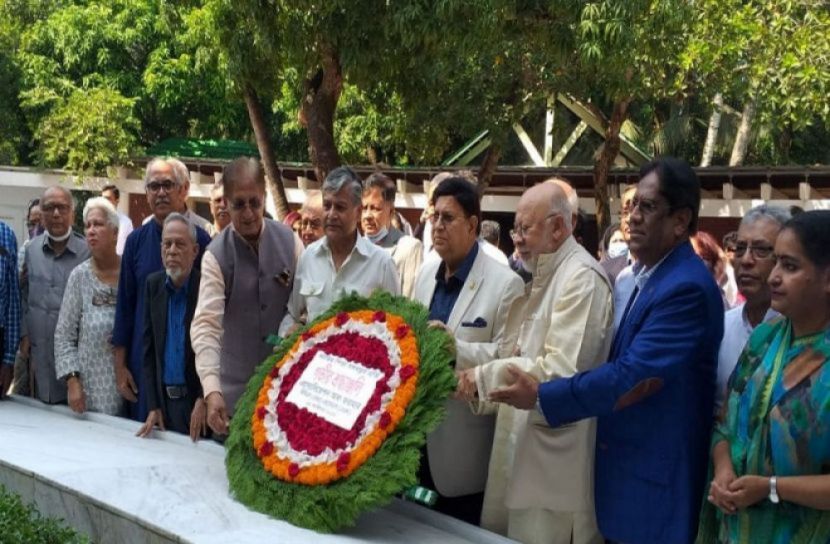 Members of Association of Former BCS (FA) Ambassadors (AOFA), an organization of former ambassadors, paid their respects with flowers. At that time, Ambassador-at-Large Mohammad Ziauddin and Foreign Secretary Masood Bin Momen were present.

Later they participated in Fateha recitation and special prayers seeking forgiveness for the souls of Bangabandhu and his martyred family members.