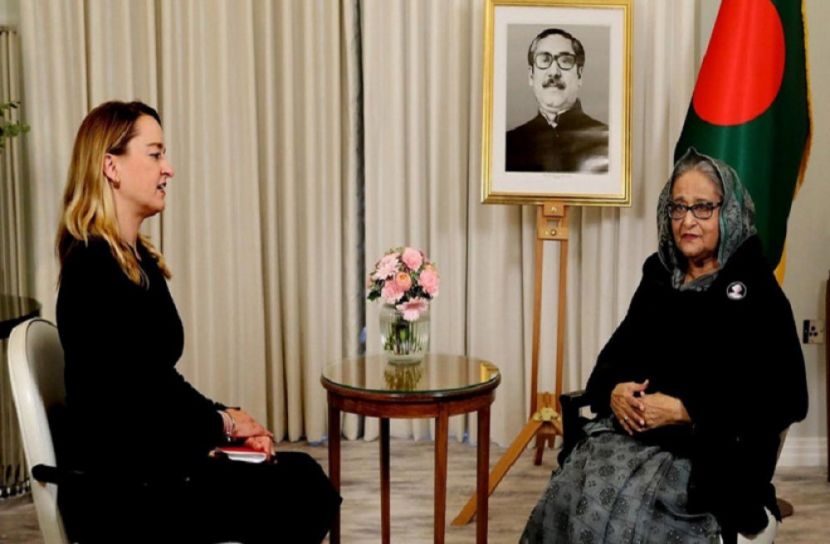 She said this in an interview given to the BBC while she was in the UK to pay her respects to the late Queen Elizabeth II. BBC journalist Laura Kunesberg took this interview.

At this time, she wants to know from the Prime Minister what is the commitment of her government to make the next election free and fair.

During the interview, the Prime Minister said, the military rulers have ruled the country for a long time, they have formed parties and they have never gone to the people for votes. They (military dictators) used the army, used the administration and did everything to stay in power.

Sheikh Hasina said that there was a military ruler in Bangladesh for a long time, directly or indirectly, openly or secretly.

The Prime Minister said, my father was killed in 1975. He was the president of the country then and you know that my whole family, my mother, my three brothers, two cousins, other family members, including 18 people were killed. Since then, the country has witnessed repeated coups in the 21 years.

Sheikh Hasina said the BBC journalist's question about the disappearance complaint, many people can complain, but how far it is true, it has to be judged. No one will comment before knowing this.

During the interview, talking about personal memories with Queen Elizabeth II, the Prime Minister said, 'In 1961, when the Queen visited to East Pakistan. We were very young then and went to my father's (Bangabandhu's) office, because, we knew that Queen was passing through that road. So we all, the whole family, waited at the window with binoculars. As a result, we could see her more clearly. I have attended about seven Commonwealth Summits. Every time I got a chance to talk to her.'

The Prime Minister told that the Queen was very valuable to us as a member of the Commonwealth of Nations.

Bangladesh police will be ‘smart’

Rohingya issues will be raised at UN