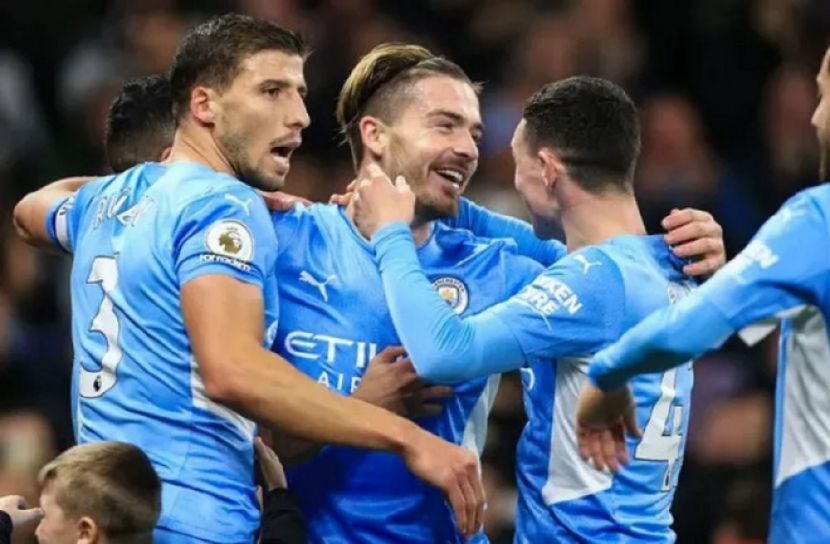 Sports Desk: The most successful team of the last decade Manchester City is flying in the English Premier League. They played Leeds United at home on Tuesday night (December 14). Pep Guardiola's team scored 7 goals in 70 minutes (8 to 78).

Kevin de Bruyne and Riyadh Mahrez strengthened their lead at the top of the points table by beating Leeds 7-0 in their 17th match at the Etihad Stadium. Only De Bruyne scored a pair of goals in the match. The other five have scored one goal each.

Man City took 15 shots along the net in the dominant match. They took the lead in the eighth minute of the match, Phil Foden made his name on the scoresheet. Jack Grealish doubled the lead after five minutes. The scoreline was 3-0 for De Bruyne in the 32nd minute before the break.

Citizens scored four more goals back in the second half. The fourth goal came from Riyad Mahrez's foot. De Bruyne scored a hat-trick in the 62nd minute. That didn't happen anymore. However, in the 74th minute John Stones and in the 78th minute Nathan Ake scored a goal to ensure a big victory for Man City.

The Tigress in the ODI World Cup for the First Time