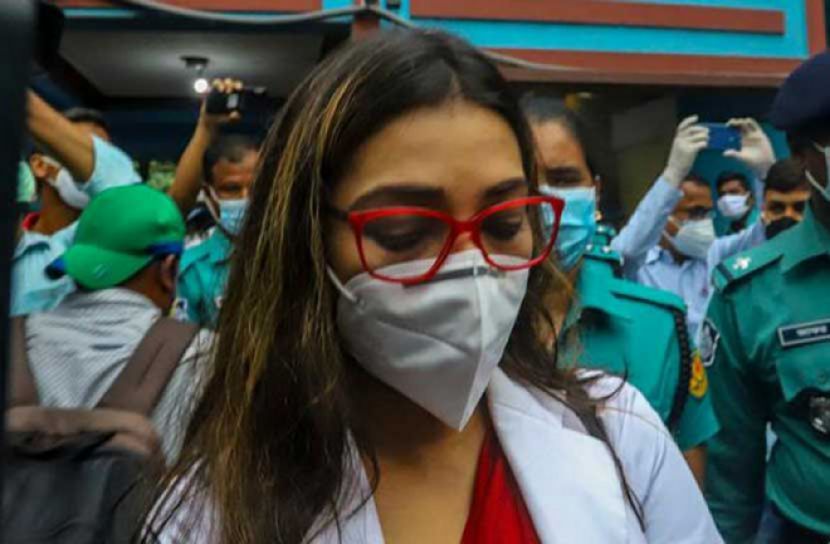 Staff correspondent: There are 42 witnesses in the case against Sabrina Chowdhury, JKG Healthcare chairman,. Out of 42, one-third testimony has been completed.

Another witness testified in court on Wednesday (January 6th) against eight people, including Sabrina, for providing fake Corona report.

On August 5, 2020, charge sheet against the eight accused was filed by Dhaka Metropolitan Police in JKG Healthcare Scam.

The charge sheet mentioned that JKG Healthcare collected samples in different parts of the country including the capital Dhaka to detect corona. The report they provided without testing, considered fake. The company was sealed off on June 23 following a raid. A case was later filed against them at Tejgaon police station and the two were arrested.

The other accused in the chargesheet are Abu Saeed Chowdhury, Humayun Kabir Himu, Tanjila Patwari, Biplob Das, Shafiqul Islam Romeo and Jebunnesa. The chargesheet named Sabrina and Arif as the mastermind in the scam. The rest have helped them to commit fraud.

New Kind of Horror of Corona in the UK