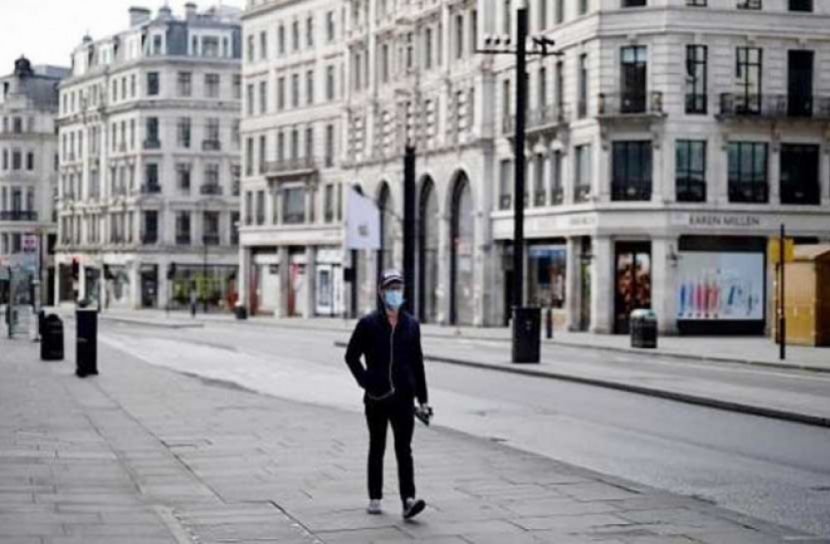 Lockdowns again in the UK: Coming Weeks "Hardest Yet"

International Desk: Amid serging cases the Uk authoriy has issued a Stay At Home order. Corona is not contained even with vaccines. In this situation, the United Kingdom has announced a strict lockdown again. British Prime Minister Boris Johnson said that the situation has spiraled out of control after new strains of corona were detected. Hee warned that the coming weeks would be "the hardest yet". Scotland has also announced a lockdown.

The British Prime Minister Boris Johnson visited a London hospital after the corona vaccine was invented in Oxford. In addition to the Oxfordy and AstraZeneca vaccines, the Pfizer-Bioentech vaccine is being applied in full swing across the country.

But don't be unrestrained. The Corona situation in Britain has taken a more serious shape, especially after the identification of new strains. More than 50,000 people are being infected every day for about 7 consecutive days. In this situation, the British Prime Minister has announced to impose more strict restrictions.

Vaccination programs are also underway across the U. S A. Meanwhile, many have started taking the second dose of Corona Ticker. Even then, the country still tops the list in terms of detections and deaths. About 2 lakh people have been infected in one day. The most vulnerable of these is California. In a single day, a record 21,000 patients with corona were admitted to the hospital. Ambulances have to wait a long time for parking in hospitals.

India and Brazil are next to the United States. Besides, the situation in Corona in Europe has not improved much. Russia, France, Spain, as well as around the world, the number of corona attacks is increasing at an alarming rate.I