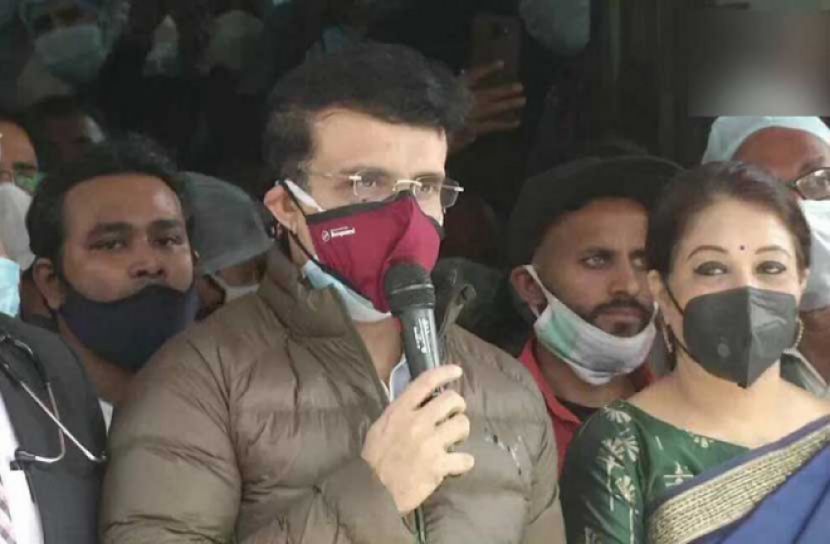 Sports Desk: Returning from the hospital, Indian Cricket Board President Sourav Ganguly said to the fans and supporters, "I am fine. I got back to normal life. Thank you all. ”

Fans gathered in front of the hospital knowing that Sourav was getting clearance. Besides, a public meeting was also held in front of his own house. The famous Maharaja of West Bengal Sourav Ganguly thanked them. Doctors and nurses also thanked Sourav for leaving the hospital. News: Anandabazar

"Thanks to the doctors, nurses, hospital staff and fans," the BCCI president said.

Though Sourav Ganguly has been discharged from the hospital, he will remain under the supervision of doctors. He has been told to rest for at least two weeks. Rules and regulations have been asked to be complied with.

Sourav Ganguly is Fit, Will Leave Hospital on Thursday