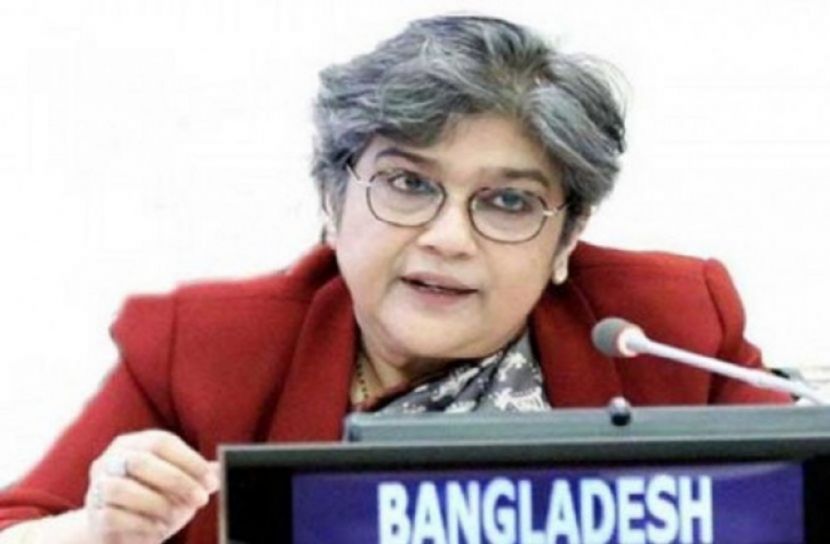 The culture of peace in Bangladesh has adopted by UN

This information was given in a notification sent from the UN Permanent Mission to Bangladesh on Thursday (December 3). In a short speech, the Ambassador called upon all concerned, including the UN member states, to spread the great message of a culture of peace worldwide to overcome the challenges posed by Corona.

On September 10 this year, a virtual high-level forum titled "Culture of Peace: Bringing the World Back to Good Condition during the Corona Epidemic" was held. The high-level forum acknowledges that the culture of peace is also relevant in dealing with the unforeseen crisis in Corona.

The unanimous adoption of the resolution is an expression of the deep faith and confidence of the international community in the leadership of Bangladesh in advancing the culture of peace. Ambassador Fatima thanked the member states for their generous support of the resolution.

He said the universality of the resolution had made the "culture of peace" an influential concept in the major functions of the United Nations. Ambassador Fatima added that in the context of rapidly changing global security, it has proven to be an effective tool that also complements the UN Charter's obligation to maintain world peace.

Ambassador Rabab Fatima mentioned the culture of peace as an integral part of Bangladesh's people-centered national development program. The concept of 'Sanskrit of Peace' through education, sustainable socio-economic development, protection of human rights, equality of men and women, democratic participation, tolerance and solidarity, free flow of information and knowledge and protection of international peace and security. Bangladesh is committed to full implementation, said Ambassador Fatima.